Evolution of a Dictator

ok this post is gonna be a look at the evolution of the dictator character, from the sketches up to the flash version/break apart.

first up we have the first drawing the stalinish one, the beginning style was a bit more realistic and this is a reflection of that, the look was close to stalin who was the model for big brother in orwells 1984 so i scrapped it. 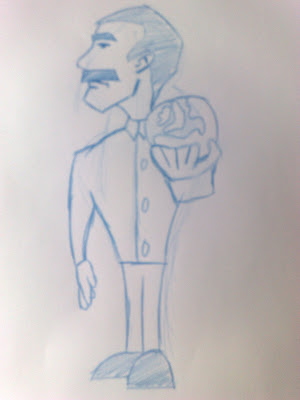 after that it was a midget dictator, going the napoleon route of little man syndrome, but it just didn't fit with the rest of the world he was short and ugly not the style i wanted. 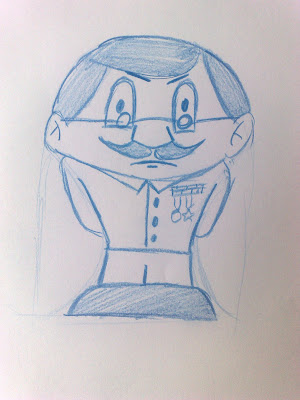 so onto the french nazi design, long slender with symbols and a uniform to evoke a cross between a nazi and an american, with a frech look but to me this design lacked power so it got tossed. 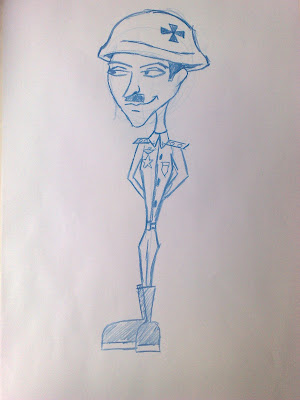 this was my final design for a long time it evoked the leaders i had in my head while i was designing him ( lenin, kim jong-il, trotsky and other historical figures freud and nietzsche), it fit with my style at the time but after a break through on the overall design was redesigned. 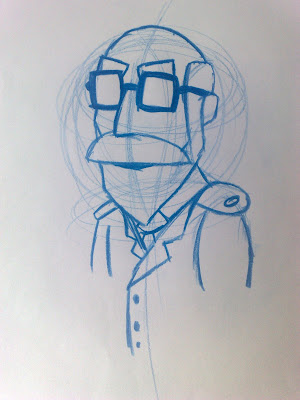 into this i experimented with colouring using only greys but thought it needed a bit more punch to it and the flash version turned out looking exactly how i wanted. 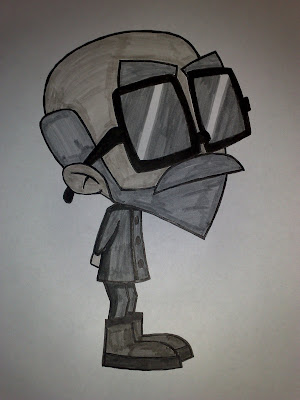 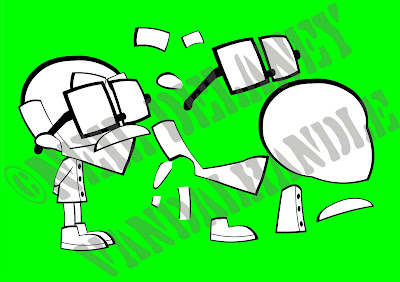